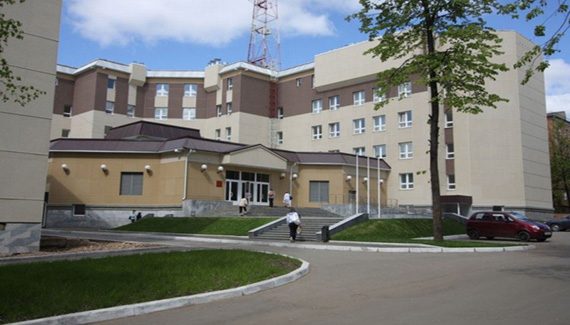 Izhevsk State Medical Academy was established in the year 1933 and is one the leading medical colleges in Russia for higher medical education. The university is located in the Izhevsk city which is the capital of Udmurt Republic of Russian Federation. The university is proud of it’s highly qualified researchers, doctors & professors who are world famous today. Over the period of 86 years since it’s establishment, ISMA has trained more than 21,500 doctors. At present, 350 teachers (Including 212 Candidates of Medicine & 86 Doctors of Medicine) are actively engaged in training students in 52 departments at university & 28 clinical centers of university. Izhevsk State Medical Academy received first batch of international students in the year 1988, and has since then been providing quality medical education to foreign students interested in pursuing MBBS in Russia. Till date, more than 3,000 international students have passed out as doctors from Izhevsk and are serving in different countries around the world. Izhevsk State Medical Academy belongs to the scientific research of the Ministry of Health of Russia & Ministry of Higher Education System of Russia. The university is also recognized by WHO (World Health Organization) & MCI (Medical Council of India). The university has scientific & educational cooperation and exchange agreements with Ukraine, Belarus, Greece, Hungary, Argentina, Bosnia and many more. Students from Germany, Italy, Turkey, Spain, Finland, Denmark and Macedonia have completed externships at Izhevsk State Medical Academy in the past. More than 700 students of Izhevsk too have also completed their externships in other counties in Europe.

Izhevsk State Med. Academy has a history of producing great doctors and is today regarded as one of the best MBBS colleges in Russia for local as well as international students. Students from several foreign countries are currently enrolled in Izhevsk to study MBBS in Russia. Students from India can apply in Izhevsk for MBBS admission in Russia, which is a great opportunity for them. The total fees for studying in Izhevsk State Medical Academy is far less than other college’s MBBS fees in Russia. The duration of studying MBBS course in Izhevsk is 6 years. The medium of instruction for Indian students is English. During the first 3 years of medical education more emphasis is given on theoretical knowledge while the last 3 years of education are fully dedicated towards acquiring clinical and practical skills. Students get to visit patients in various government hospitals located in the city during the last 3 years of clinical rotation cycles for each subject. The whole course of MBBS in Izhevsk State Medical Academy is taught in English medium including and not limited to classes, practicals, lectures & exams. Additionally, Russian language is taught to all students from the very starting so that they have good command over the language. This learning helps the students to interact with patients during later years of course when they visit hospitals. Russian language is also necessary for students to communicate with local people of city.

Izhevsk State Medical Academy has the following active faculties in operation : Faculty of General Medicine, Dentistry, Paediatrics, Post Graduate / Professional Education and Faculty of Pre- Academic/Language Training. Among the above mentioned faculties, the faculty of general medicine is the one that attracts most number of Indian students for studying MBBS in Izhevsk State Medical Academy. The teachers involved in teaching foreign students in English medium are highly skilled in their fields of teaching as well as are very proficient in English language. E-reading material is also provided to students by teachers with the help of which students can benefit a lot and clear their concepts with illustrations. From 2nd year of MBBS education, guest lecturers from India are invited who help students in revision of their subjects and staying up to date with the education pattern of India as well. Students are provided MCI preparation classes & mock tests from 3rd year of their course, so that they succeed in the MCI Screening Test/FMGE/National Exit Test in their very first attempt. All students who take MBBS admission in Izhevsk State Medical Academy are provided a study tablet too, so that e-information provided by teachers in university can easily be studied by them. Indian students get the opportunity to take part in various exchange programs conducted by university and travel to different countries along with their teachers during summer vacations. Izhevsk State Medical Academy invites all eligible and aspiring students from India to be a part of this magnificent university for studying MBBS in Russia and create a bright future for themselves and serve the world.

The admission procedure for Izhevsk State Medical Academy is an easy one. Students who wish to study MBBS in Russia are required to furnish their educational documents for the application process along with other documents such as passport, medical certificate, invitation letter and a duly filled copy of the application form.

Izhevsk State Medical Academy is located in the center of city and has a campus structure. All the university building as well as hostels for student are located within the university campus. Among the several hostels, one of them is dedicated for international students especially from India. The hostel for Indian students is better equipped than other hostels and has CCTV surveillance, fie alarm safety systems, modern security features and round the clock security. The hostel has 5 floors and each floor has several blocks. Each block has 4 rooms & out of these 4 rooms in a block, 2 of them are 2 seater & 2 of the remaining are 3 seater rooms. Students have the option to choose among the 2 or 3 seater room as per availability. Each block has it’s own toilet & washroom located inside the block. Kitchens with burners & owen are present on every floor for students to prepare food. Boys and girls are provided accommodation in separate blocks and floors. Each rooms is pre-equipped and kept ready with study tables, study chairs, lamps, wardrobe, beds, bed sheets, pillows, etc. before the arrival of new students every year. Automatic washing machines are available in laundry inside the hostel which can be used by the students. The hostel for Indian students also has sports hall/gym, reading hall and a canteen where students have some snacks. The charges for hostel accommodation & all it’s facilities are included in the yearly fees paid by Indian students. Indian students do not have to pay anything additional for hostel facilities like electricity, heat radiators present in each room, hot & cold water, cooking gas, etc.

Izhevsk city is the capital city of the Udmurt Republic/Udmurtia of Russian Federation. The city was earlier known by the name Ustinov till 1987 (Named after the Soviet Minister of Defence Dmitry Ustoniv). The population of the city was estimated to be around 6,50,000 in year 2010. The city is famous for defense, metallurgy & engineering industry. The city of Izhvsk is also known as the Arms Capital of Russia as the city is hometown Alexander Kalashnikov, the person who invented AK-47 rifle. Till date the AK rifles from Izhevsk are exported throughout the world for military as well as civilian uses. The city of Izhevsk has people from more than 100 ethnicities living together in harmony. Majority of them are Russian, Udmurts, Tatars, Germans, Armenians and many more including Ukrainians, Jews & Belarusians too. Some of the major toursit attractions in city are Izhevsk Pond, Nevsky Cathedral, St. Michael’s Cathedral, Pesochnaya TV Mast & Udmurtia Circus. The major source of economy of Izhevsk is military production i.e. assault rifles which are extremely popular in Russian as well as abroad. The city has trams, trolley buses, buses, vans & taxis for travelling within the city. Izhevsk is also well connected to all other major cities of Russia through rail, road and air routes. The people of city are very friendly towards foreigners and are happy to see them.